2018, Autoseum celebrated its 10th anniversary. This was noticed in a very special way. Nils Oscar Nilsson and his father-in-law Nils Oscar Nordström were honored by the opening of Nils-Oscar Palace. It is these two gentlemen who created the economic conditions for making Autoseum one of Europe’s foremost museums. In a separate showroom in the best Las Vegas style, there are unique vehicles, slot machines, roulette tables and everything else that belongs to this world’s perhaps most spectacular entertainment metropolis.
Las Vegas ♥ Autoseum = True

The big news in 2016 was that the children got their own separate museum. Lots of exciting toys from both past and present. Free admission for children up to 12 years old, in company with parents who visit the museum. 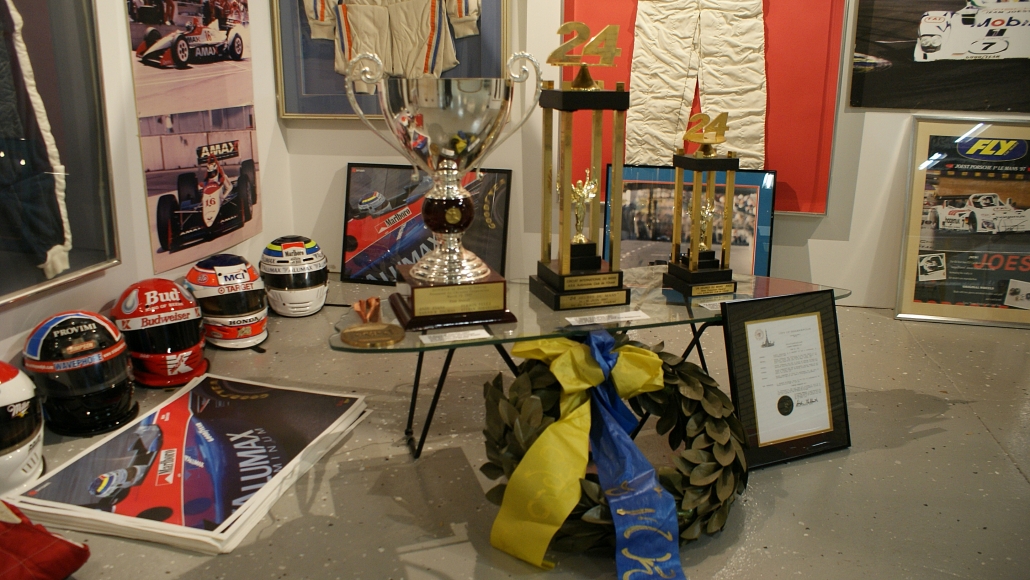 This reflects his successful career, including almost 100 starts in Formula 1, Le Mans victory and much more. His go-cart, his first car (a FIAT) and not least a McLaren F1, trophies, overalls, helmets, and a rich image material make this something extraordinary. 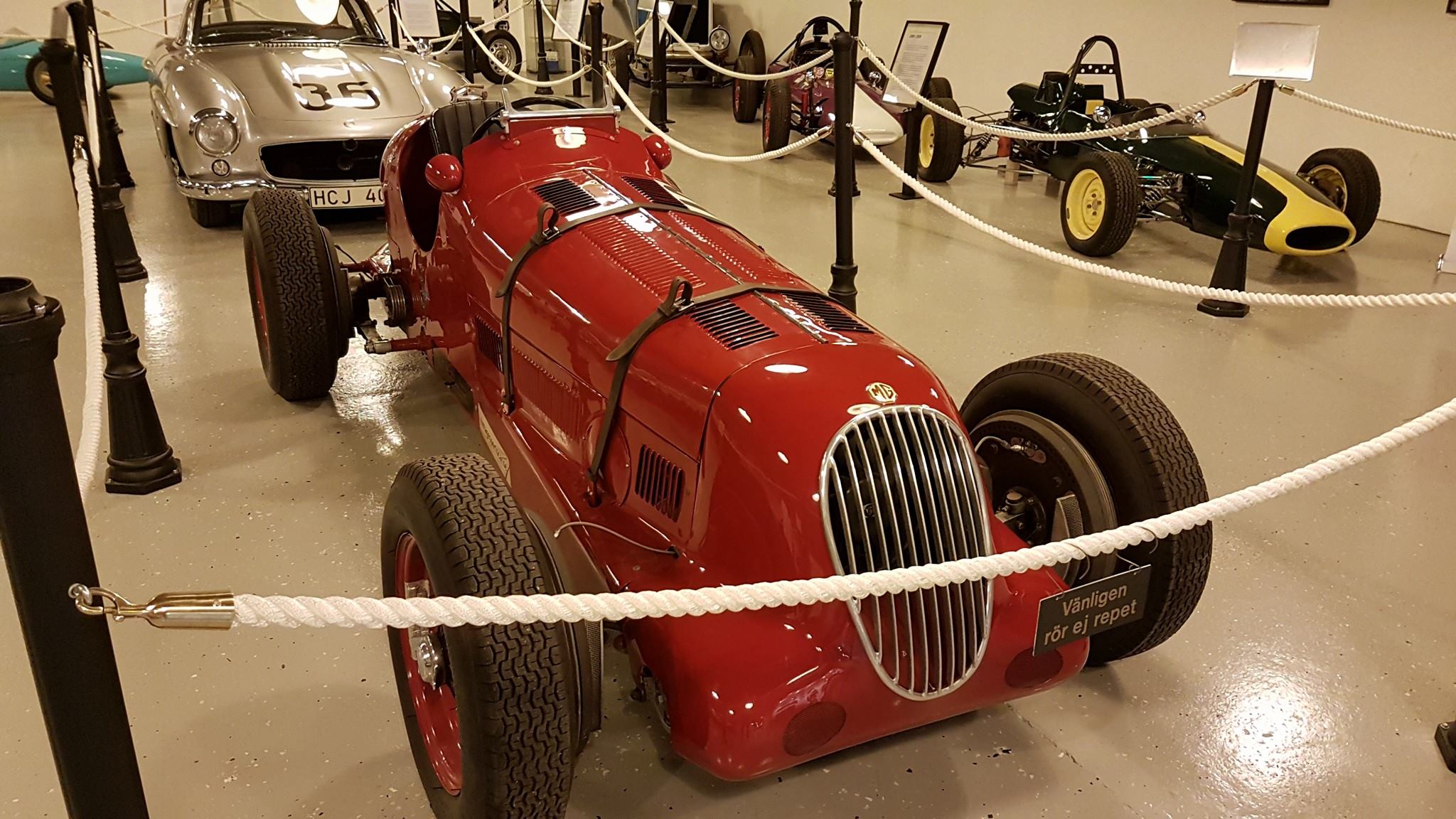 This exhibition tells the story of Swedish Motorsport from the early 1900s to today. An extensive photo collection and race cars from different eras make this a really thrilling addition. 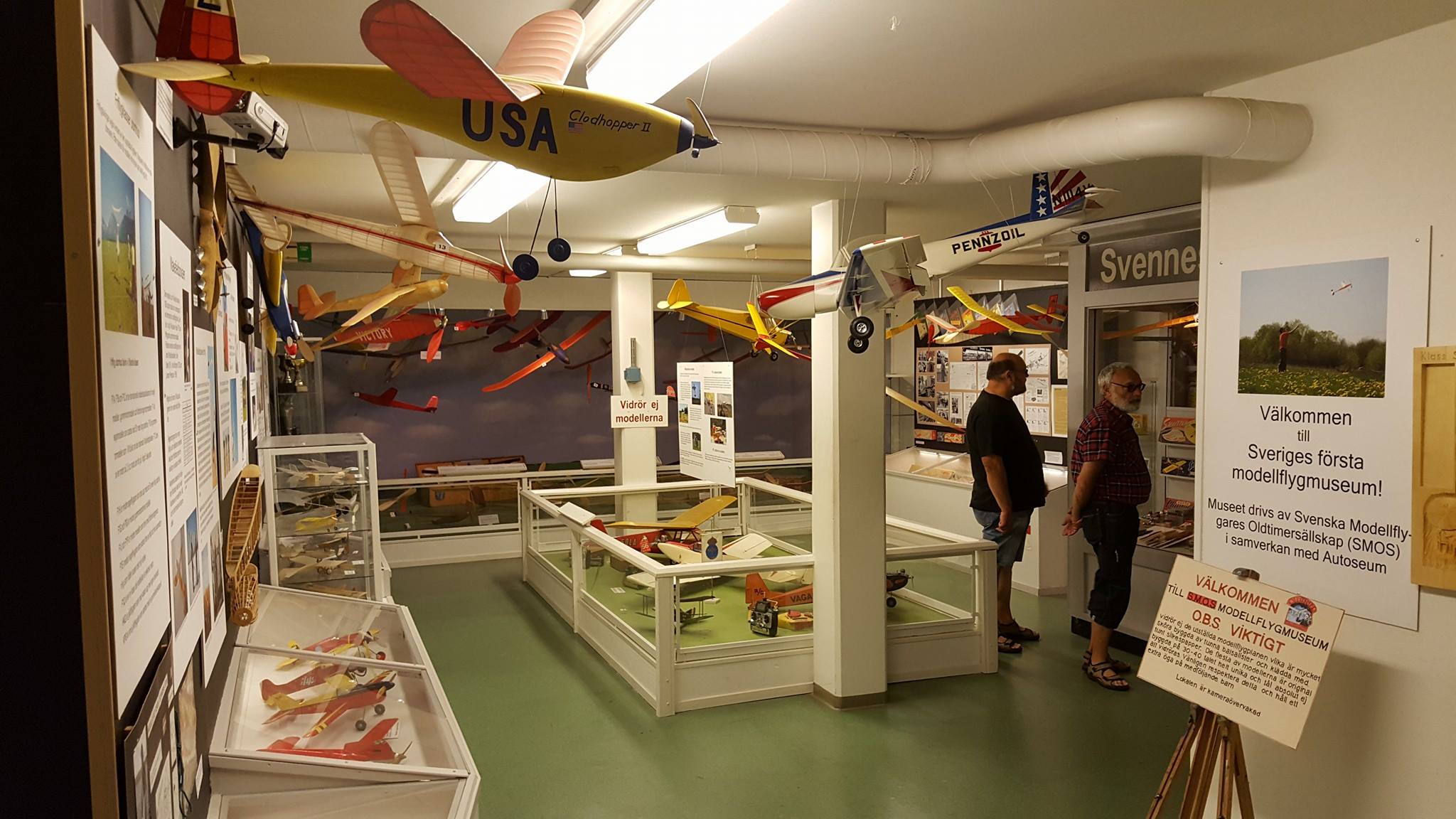 A unique model plane exhibition – the only one of its kind in Sweden.

Frasse read about Thomas Alva Edison for the first time in 1964 and he was so captivated by the man often called America’s greatest inventor that he became an eager student of his work and a prolific collector of Edison phonographs. Frasse’s collection is now one of the world’s finest.

Frasse and his partner Marianne opened their museum in 1981 in the home they shared on Peder Mörck Street here in Simrishamn. Now Frasse could combine his job at Lundqvist’s Fish Shop with the job of curator of his own museum.

The collection had attracted international attention even before the museum opened as Frasse corresponded regularly with several museums all over the world and was frequently consulted by the Edison Museum in the USA.

Besides gramophones and phonographs, the collection contains many other musical machines, such as musical boxes and melodious barrel organs that Frasse and Marianne loved to play at outdoor events from time to time.

During the many years it was open, Frasse’s Music Museum attracted not just the general public but many dignitaries from all over the world, and visitors were always delighted and impressed by this unique collection. The museum was open until 2006. John Fransson, or “Frasse” as everyone called him, began collecting funnel gramophones in 1959 and he spent five busy years assembling the foundation of his impressive collection. He often came across artefacts as he drove around the rural areas of Österlen in his meat delivery van.

John Fransson was born on 24 November 1920 in the parish of Fågeltofta. He died on Christmas Eve 2009. His partner Marianne Nilsson died in 2012.

Their entire collection, now preserved for posterity in the Frasse’s and Marianne’s Music Museum Foundation, is here for you and all our other visitors to see and admire, and we hope you feel the same great respect for their legacy that we do.

Gösta Werner’s artwork “Globe” was commissioned by the Swedish Arts Council for the opening of Göteborg – Landvetter Airport in 1977. The artwork was executed by Handarbetets Vänner in Stockholm in spinnaker cloth. The original supporting steel frame was manufactured by Gärsnäs AB. For the placement of the artwork at Autoseum 2016, the structure has been reconstructed. During the years 1977-2003, when the artwork was placed at Landvetter, it was equipped with a motor that made the globe rotate. The artwork is on loan from the Swedish Arts Council to the Gösta Werner Society in Simrishamn for display at the Autoseum. (Henrik Orrje
2016-04-08)

The globe was “made” for the opening of Gothenburg – Landvetter Airport in 1977. It was made by Gösta Werner in spinnaker cloth and measured 2.75 m in diameter stretched on a steel skeleton made at Gärsnäs AB. The assembly was done in cooperation with “Handarbetets Vänner”. It adorned Landvetter’s check-in hall until around 2000, when it was taken down in connection with renovation work.

In addition to the geographical background, it contains meteorological phenomena in the form of weather fronts and wind belts related to Göstas Werner’s background as a sea captain and meteorologist.

The installation of the “globe” at Landvetter attracted the attention of SVT combined with an interview programme about Gösta’s experiences at sea (Björn Hellroth 2016-02-16).

This site uses cookies. By continuing to browse the site, you are agreeing to our use of cookies.

We may request cookies to be set on your device. We use cookies to let us know when you visit our websites, how you interact with us, to enrich your user experience, and to customize your relationship with our website.

Click on the different category headings to find out more. You can also change some of your preferences. Note that blocking some types of cookies may impact your experience on our websites and the services we are able to offer.

These cookies are strictly necessary to provide you with services available through our website and to use some of its features.

Because these cookies are strictly necessary to deliver the website, refuseing them will have impact how our site functions. You always can block or delete cookies by changing your browser settings and force blocking all cookies on this website. But this will always prompt you to accept/refuse cookies when revisiting our site.

We fully respect if you want to refuse cookies but to avoid asking you again and again kindly allow us to store a cookie for that. You are free to opt out any time or opt in for other cookies to get a better experience. If you refuse cookies we will remove all set cookies in our domain.

We provide you with a list of stored cookies on your computer in our domain so you can check what we stored. Due to security reasons we are not able to show or modify cookies from other domains. You can check these in your browser security settings.

These cookies collect information that is used either in aggregate form to help us understand how our website is being used or how effective our marketing campaigns are, or to help us customize our website and application for you in order to enhance your experience.

If you do not want that we track your visit to our site you can disable tracking in your browser here:

We also use different external services like Google Webfonts, Google Maps, and external Video providers. Since these providers may collect personal data like your IP address we allow you to block them here. Please be aware that this might heavily reduce the functionality and appearance of our site. Changes will take effect once you reload the page.

The following cookies are also needed - You can choose if you want to allow them: